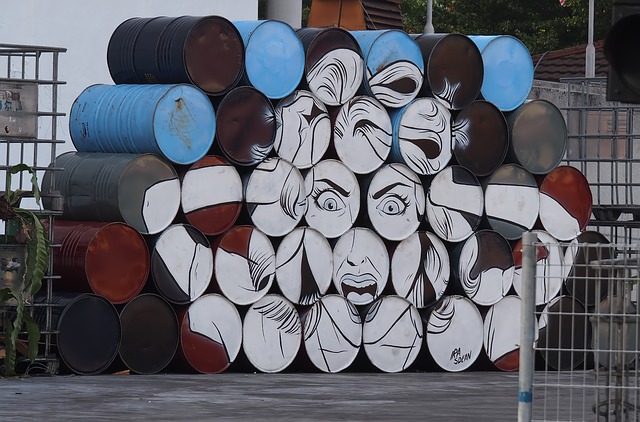 Ecological art is an art style that specializes in the preservation and revitalization of the Earth’s natural ecosystems. Its purpose is to educate, inspire and challenge people to think about their own environmental practices. Ecological artists create art that helps the environment or create something that highlights a specific environmental issue. It also challenges the traditional use of empty space. Instead of turning empty land to skyscrapers or roads, these artists fill it up with more nature.

Ecological art gained acclaim during the late sixties at the same time the hippie movement was growing in America. During this time, people were becoming more aware of the health of the earth, and the youth became involved in various campaigns to reduce their ecological footprint. This movement attracted motivated artists, as they believed they could use their work to educate and inspire others about climate change. They wanted their art to stimulate dialogue and challenge their viewer’s beliefs.

In 1965, Alan Sonfist proposed one of the first Ecological art projects at the time. He spent 13 years constructing his environmental sculpture, “Time Landscape”, in New York City, and articulated the importance of improving air quality in urban areas with native forests.

Many other artists were inspired by his purposeful art and followed in his footsteps. Betty Beaumont built an underwater sculpture out of waste material that functioned as an artificial reef, and Mierle Laderman Ukeles wrote, “Manifesto for Maintenance Art”, to emphasize the importance of keeping the earth clean.

Ecological art is more important now than ever. With increasing numbers of countries suffering the effects of global warming, environmental change is needed immediately. Today’s youth take after their grandparents of the hippie generation and are inspired by others to reduce their ecological footprint and sustainable art forms are the rage.

Social media also makes Ecological art much more accessible. People all over the world are creating Ecological art, and it can be viewed anywhere, making the movement spread faster.

Sometimes people don’t want a bunch of random facts put in their face. To them, statistics are just numbers, but if they view Ecological art they’ll be inspired and interested. By seeing the effects of climate change illustrated in front of them, they’re more likely to have an emotional response and interpret it easier than a scientist talking about numbers in a monotone voice.

Ecological art has proven to create change. Since Alan Sonfist’s first urban forest in New York City was created, many other cities across the world have recognized the importance of clean air, and created their own version of an urban forest.

Betty Beaumont’s underwater sculpture influenced other artists to collaborate with scientists to create art out of recycled material. After Mierle Laderman Ukeles’s manifesto was published, readers around America challenged their environmental practices and realized they could improve. As long as the earth is being polluted, there will always be a need for Ecological art.